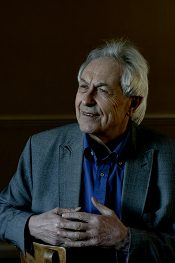 Photo taken by
Elena Heatherwick-Lammers 2010
Michel Odent has been in charge of the surgical unit and the maternity unit at the Pithiviers state hospital (1962-1985) and is the founder of the Primal Health Research Centre (London). He introduced in the 1970s the concepts of home-like birthing rooms and birthing pools in maternity hospitals. He is the author of the first article in the medical literature about the use of birthing pools (Lancet 1983), of the first article about the initiation of lactation during the hour following birth, and of the first article applying the "Gate Control Theory of Pain" to obstetrics. He created the Primal Health Research database (www.primalhealthresearch.com) and the website www.wombecology.com. Author of 12 books published in 22 languages.

To find out about Michel Odent's books, click here. 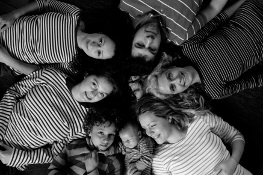 Liliana Lammers and family
Liliana Lammers is a mother of four children, a grandmother, and an experienced doula. She was born in Buenos Aires, Argentina and speaks castellano, french and english. 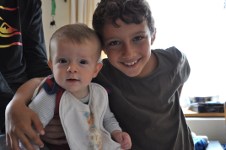 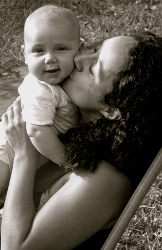 Liliana's new addition,
grandson Jou being kissed by his mum!


Home | Paramana Doula Course | What is a Doula? | About Us | Testimonials | Contact Us | Links